Jörg Schwieder, creator of iPeng talked with us about his connection to music and his current audio projects.

What makes you an audio enthusiast?

I need music around me wherever I am, but I’m not happy to listen with headphones. So I wanted a music system in all of my rooms (yes, the bathroom is one of the most important ones, too), and I also wanted it to be easy to use.

In one of my previous jobs I got in contact with professional audio system design, and there I learned to notice and care about differences in sound quality. You can’t un-hear that once you are used to it, so audio quality is very important to me, too.

My solution when I started was to use a Squeezebox multiroom system because it had the versatility I needed through an open source software solution and a broad range of players with excellent audio quality. It works with streaming services like Spotify and Tidal just as well as with local music.

It didn’t have the usability I wanted, so I wrote iPeng for it, which is available on the App Store and of course still the gold-standard for remote control apps.

But the Squeezeboxes were discontinued years ago and so today you need other player hardware to extend the system and as things stand a Raspberry Pi with the HifiBerry DAC turned out to be just perfect for this application.

Now I have music everywhere in my apartment, and I’m a happy music listener.

Tell us about the last project you made with HiFiBerry.

My mother wanted to use music streaming, too, and asked for a setup similar to mine, so I built a player/server for music streaming as a “seed” device for a multiroom setup for her.

As an initial system I wanted it to be both powerful enough to run the multiroom server, it should have a display because it’s for the living room, and of course it needed the best audio quality because it’s connected to the HiFi system.

The components I chose:

An additional challenge was that the touch-screen case didn’t have cutouts for the RCA connectors, so I had to do a little sawing, too, which was easily done using a normal jigsaw.

The result just looks like a touch-screen frame from the front. To beautify things up a bit, I added angled connectors (the Pi has all connectors at the top of the case), the gold-plated RCA connectors add to the overall appeal.

Because the intended placement required the use of WiFi but had somewhat poor reception, I also added a big external antenna.

The result was just as good as I had hoped. Easy to setup and maintain and gives me just the great sound I had hoped for.

What’s the next project you are going to build?

For the next project, I have upped the challenge. I want to build a mobile radio, probably using an old FM radio as a base, probably a Tivoli. This is going to be purely a player, so I need less power.

Basic requirements. These are the things I definitely want to include:

And then there are some “nice to have”-things I have not yet decided upon, this depends a bit on the dimensions and available space in the radio I am going to modify:

This will certainly be a bigger challenge than the last one, but you’ve got to grow with your projects.

Jörg’s project can also be found in our new Gallery. 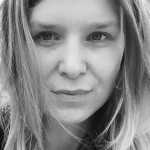